Is The Sony KDL40EX403 LCD TV Worth Considering? 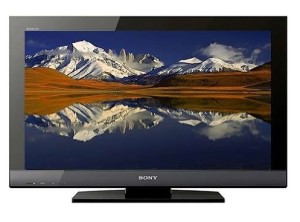 Sizing up the Sony KDL40EX403 television is definitely a pleasant-enough exercise, mainly because this 40-inch TV brings a number of features and conveniences to the table. Sony’s been manufacturing innovative consumer electronics for quite some time and its competency is in evidence with this particular LCD TV, which is a part of the company’s new line of EX400-series models, lots of which offer several different methods to connect with a multitude of devices.

The EX line of televisions is intended by Sony to be its so-called “budget” line of high-definition TVs. In this regard, the maker truly does deliver a large number of features at a bargain price (in the UK, it can be aquired online for about 750 British pounds, including value added tax). It’s perhaps better, though, to say that it’s value-priced because the television delivers quality and price sensitivity in a very attractive package.

One performance measurement criteria that most LCD TVs are measured by is the quality of the picture they display. Sony’s KDL delivers the goods in a fine fashion and is definitely better than what one would expect in a so-called “budget television.” It’s a true high-definition model, presenting its display at a 1080 pixels (1080p) ratio (720p isn’t actually “true” high-def) and to do so, the TV uses proprietary Bravia Engine 3 technology and a 50Hz processor.

Bravia Engine 3 is Sony’s way of helping to keep the display looking good at all times and it largely succeeds at its task, presenting images that tend to be sharp and crisp no matter how fast they’re moving. Additionally, the Japanese TV maker uses its True Color suite to help keep the colors put on display appropriate to the action and not unusually over or under-colored. Ambient Sensor functions round out the lineup, as well.

Ambient Sensor is Sony’s method for making sure that the Sony KDL40EX403 TV’s display brightness (or darkness) is always in keeping with the overall lighting ambiance of the room or other environment in which the TV’s sitting. If the room is brighter the TV will darken the screen accordingly and vice-versa. A too-dark room can detract from viewing pleasure unless the display is brightened. The Ambient Sensor will take care of things automatically.

As far as what the Sony KDL40EX403 TV offers to its owners when it comes to content, Sony has included its Freeview tuning filter. This little convenience feature allows UK owners to access more than 100 satellite channels beamed exclusively into the UK at no cost and without need for a satellite dish. To complement its high level of convenience, the TV comes with 4 separate HDMI inputs and a single USB2 port. Lastly, it’s WiFi ready (just use a WiFi dongle and USB adapter).

Sony includes its True Surround sound system capability and it pumps out its sound through the use of two 10-watt speakers that integrate so well into the television’s casing that one would never know they’re there. Standard audio features include S-Force Front Surround and Dolby Digital Plus as well as the TV maker’s up-to-date 5.1 Output suite.

The Sony KDL40EX403 LCD TV features a solid surround sound delivery system and numerous other technology and convenience features that combine to really make it a great choice for those wanting a big-screen television at a value-priced level – one that’s sure to last for many years. It presents itself inside an attractive black casing and it sits on a solid stand that can help to give the TV a very competent and reassuring look. In all, there’s much to like about it. 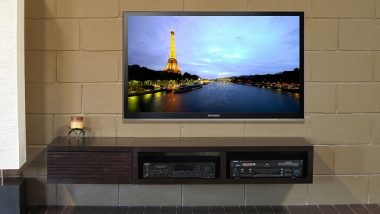 To Mount Your HDTV To The Wall, Know These Steps 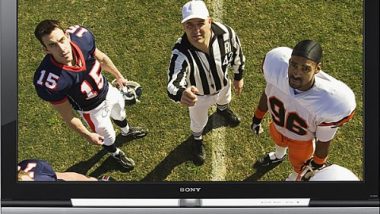