Living In 3D: Everything You Need To Know About 3D Technology 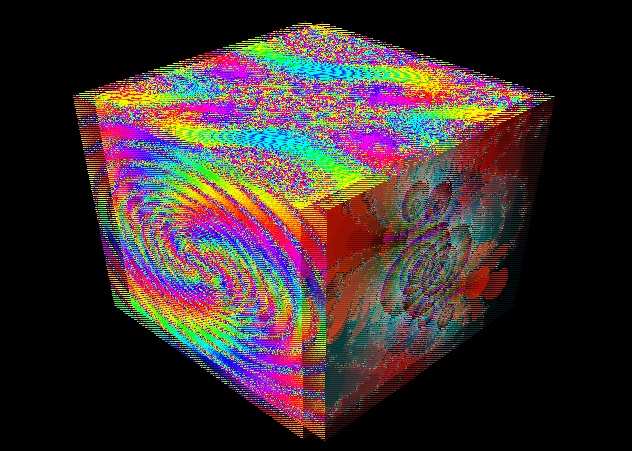 Avatar becomes the most successful movie of all time, boosted healthily by its 3D screenings and this month, Tim Burton’s Alice in Wonderland does record-breaking first weekend numbers for a 3D movie.  With all that’s happening in the world of 3D, it’s hard to keep track of what it means for the consumer at home. Should you watch the latest blockbuster on a 3D screen? Have you had enough of 2D games? Are you ready to watch TV at home while wearing a set of funky glasses? Here’s a breakdown of what 3D stuff is out there, and upcoming developments and events to look out for!

“3D is clearly on its way to the mass market,”–Howard Stringer, CEO Sony

If you don’t want to miss out on the current generation of 3D, you’ll definitely require 3D glasses. Sure they’re funny looking and you don’t want to wear them but once you really go through the 3D experience, you won’t have any problems with them!
Now those glasses are mainly of two types:

The circular polarized glasses look like cheap sunglasses and you’ve probably used them if you’ve seen a 3D Pixar movie or been at Disney World. With these glasses, the frames (right and left) alternate with each other at around 144 times per second so that each of your eyes is presented 3 times with every one of a movie’s 24 frames per seconds. Because the circular polarized glasses require a special silver screen and effect color accuracy negatively or require extremely expensive TV sets, home use of these glasses is limited even though they are widely used in 3D cinemas.

Everyone is familiar with stereo sound thanks to the rapid effective development on the audio front but the average person isn’t really familiar with the current 3D technology for visuals.

To give us a stereoscopic vision, 3D tech has to capture data using two cameras and then present a calculatedly different visual to each of our eyes. Essentially we’re seeing a slightly different version of the same image through each eye as we do naturally. To present these altered versions to us, the current technology requires us to use- you got it- those glasses!

The Active LCD shutter glasses are rapidly becoming the cutting edge in 3D glasses even though the core technology is pretty old. In latest versions, each lens blacks out speedily to keep up with the frame shown on a HDTV. Consequently each eye sees a different frame of the same resolution. Because of the increasingly improving technology these glasses seem to be the future for 3D tech. However their high price is a con as are reported issues of flickering and dimming, and the requirement for an emitter to be added to a TV set.

The most optimistic sign in regards to mainstream acceptance of the developments in 3D technology comes in the form of the recent success of 3D movies. However the movies had limited 3D play largely because theater owners have to shell out over $100,000 per screen for the conversion which enables them to play 3D movies.  Nonetheless, while only 2500 screens out of the 38,800 in the US were capable of projecting in 3D by mid 2009, estimates put the number of 3D screens by the end of this year at over 7000. This is due to success of titles like Ice Age: Dawn of the Dinosaurs, Monsters VS Aliens and the aforementioned Avatar and Alice in Wonderland. On the DVDs side, Blu-Ray specifications for 3D were officially announced just before Avatar’s release back in winter 2009.

While substantial criticism over the movie-watching experience does exist, the overall consumer reception is overwhelmingly positive.

Panasonic, in collaboration with Best Buy, recently launched its first 3D HDTV sets. The system comes complete with the 5o-inch plasma 3D HDTV, a Blu-Ray player and a pair of active shutter glasses- the price tag for it all? Get ready to spend a hefty $2,899.

Samsung gives a slightly different deal: a 46-inch set, a Blu-Ray player and two pairs of glasses for about $3,000. You also get a 3D copy of Monsters VS Aliens thanks to Samsung’s collaboration with DreamWorks studio.

While TVs with 3D capability were produced by Mitsubishi for quite a while before the announcements by these TV giants, its only now that a whole set of 3D enabled home entertainment technology and content is coming full circle. While it’s predicted that the technology will take a few years to become truly mainstream (if ever), TV manufacturers are positive that the era of home 3D experience has started.

Here’s something you should know about the glasses that accompany these TV sets: Lights and PC screens will seem to flicker when you’re wearing them and you might not be able to carry out the household activities we’re accustomed to perform while watching TV. The glasses also require charging and for a person who isn’t wearing them while the TV is in 3D mode, images on the screen will seem blurry. Also, you should learn a little about the HDMI 1.4 3D cables that are the latest standard for 3D data transmission.

Another issue is extremely limited 3D programming and broadcasting. However, the future promises a lot of stuff in this area: ESPN has said it will launch a 3D channel in June which will kick start with the Fifa World Cup soccer.

Gaming holds a lot of potential for 3D. Even most critics of 3D movies and programming have positive things to say for the 3D gaming experience because of the surreal nature of games. As Sony plans to prep two updates for its mega-popular Play Station 3 which will allow for 3D gaming and movie playback, Microsoft showcased its 3D games for the Windows Phone 7, its new mobile client. From 3D releases on handheld devices to PCs and gaming consoles, 3D gaming is on the rise. Sony and certain other companies have hinted at plans to release 3D versions of titles and new ones developed just for the 3D platform.

Avatar: The Game, Super Stardust HD and MotorStorm Pacific Rift are just some of the games that garnered publicity in showcases recently. However, as with all other 3D products, there is not much content available currently apart from a few experimental titles and the 3D game decks that have recently gained popularity. But because of the comparative ease of making gaming 3D, development is on the fast lane.

Gaming has also been one of the oldest media to contain elements of 3D in it and that’s why it will really benefit from the 3D revolution that’s taking place now.

So should you opt for 3D for your entertainment needs or not? You should definitely get a taste of it (watching a 3D movie in the cinemas being the best and most popular option) but with the signs as positive as they are now, you might want to make a smart and early (albeit risky) choice and try out more 3D stuff as well. The technology, like HDTV before it, is surrounded by controversy and uncertainty but will probably stick around as well. Put your glasses on: 3D is coming for sure.